At the end of November, Northstar received the Construction Marketing Award (CMA) for the best Mid-Range Campaign for work carried out for long-term client Superglass. Receiving the award several weeks after missing out on the Best Property & Construction Campaign at the Northern Marketing Awards.

Based in Stirling, Scotland, Superglass is one of the United Kingdom’s leading insulation manufacturer and retailer. The rebrand of Superglass came at the same time the company completed a major refurbishment at their manufacturing facility north of the border.

“This is a great team achievement and one that underpins a great client/agency relationship.” Northstar Managing Director, Glyn Lloyd said, “From the outset, Superglass fully subscribed to the belief that in a commodity market, building a brand through powerful marketing, reaps commercial rewards. This is the proof”

Northstar completed a brand alteration for Superglass, the brand and brand assets were developed as a result. Completing a website rebuild, every aspect of Superglass’ appearance was changed in order to reflect the new thinking being implemented.

Receiving the CMA at the Hilton Hotel in London, Northstar were one of many leading industry names in attendance and were extremely happy to have their efforts recognised by the CMA’s.

“We were quietly confident. The campaign combined a diverse range of marketing elements with well though through, incisive creative work, so was a great example of ‘integration’.” Lloyd said.

Since Northstars work on the Superglass campaign, there has been a website session duration increase of 15% with 84% of the websites visitors being new customers.

“The campaign is now actively contributing to an increase of sales in a hugely competitive sector.” Lloyd said, “This is a high point for both Superglass and Northstar. It’s great to be recognised as being at the forefront of marketing excellence in the sector.”

Having also revolutionised the ways in which Armitage Shanks, Gyproc and Teflon approach their marketing, the Superglass campaign is one that Northstar are most proud of. Implementing phase two of the campaign in 2020, Northstar will integrate into the wider group branding infrastructure. 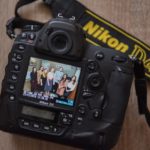 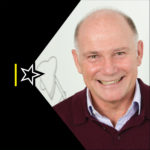